Against the background of growing problems in urban space, the idea of creating cities that are comfortable to live, friendly to people, regardless of their socio-economic or physical and biological characteristics, is gaining a new sound.

An example of the implementation of such an object is Zamostianska Street in Vinnytsia.

98 pieces of a contact network poles installed (own production).

The street lighting network was reconstructed by replacing obsolete luminaires with energy-saving (LED) ones – 164 units of TM Schreder, which gave an economic effect – reducing power consumption by 40%. 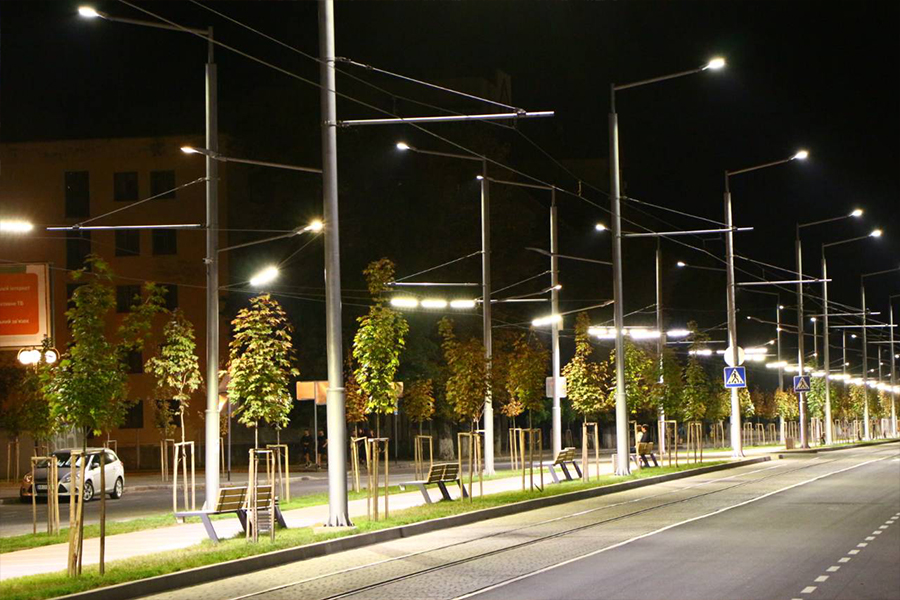